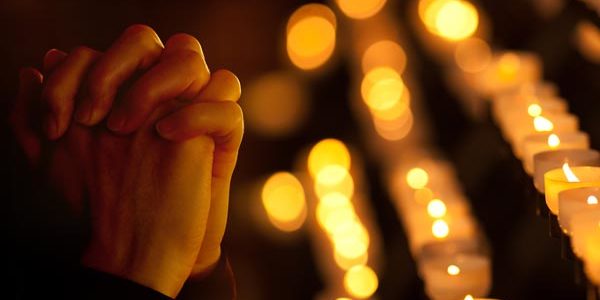 Then how could each shepherd reclaim own sheep? Two ways. First, the shepherd knew them by heart. Sometimes he had a special name for each character in the flock. And second, the sheep themselves recognized their master’s voice immediately.

It’s actually an acquired capacity to read little signals or symptoms, so that the shepherd has a sense for what the sheep are wanting.

Haven’t you ever longed to hear the voice of someone who could make things alright, who could lift the burdens from your shoulders? Someone who knows you by name and loves you? Jesus says he is that someone. You “shall never perish,” he adds, as he holds you in his own hands. It is the Father who has given you to Jesus. Who could revoke that gift?

We want someone else to understand our fears and anxieties, and to witness and share our joys and happiness.  We need to be known in this intimate way by someone who will never disparage or humiliate us, never use or manipulate us.  Yet precisely this is the quality of relationship offered by Christ since, in his divine-human perfection, he really is the Good Shepherd.

For Jesus to promise he will know us in the way the Father knows him, with a love that has been going on in God before the world was made, is a mind-blowing claim.

Drawn from Torch; The Dominican Friars – England & Scotland and The Sunday Website at Saint Louis University